Trying to look cool when your friends are talking about "grinds"? You need to read this. 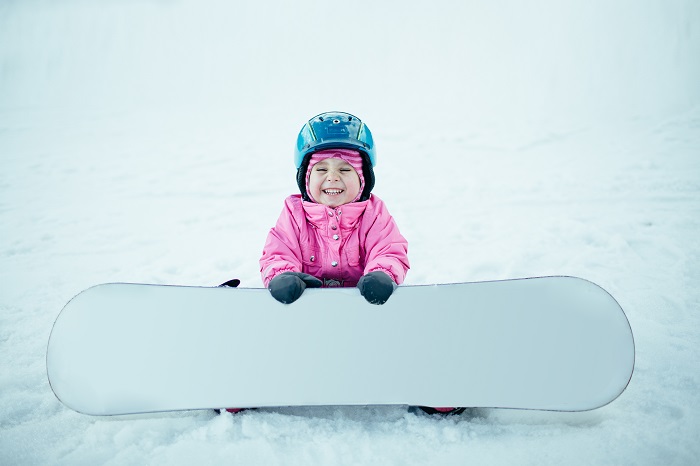 Snowboarding is a relatively young sport which has evolved from surfing, skateboarding and skiing. Early versions of the snowboard were frowned on by conventional skiers and were forced Off-Piste. New designs in the 70s and 80s led to an increase in acceptance and popularity and most ski resorts are now happy to accommodate this sport. Many snowboarders actually prefer to snowboard Off-Piste, as this is where they can find the best "powder" (freshly fallen, untouched, soft snow), which snowboarders and skiers consider to be the ultimate surface. Beginners beware though; if you slow down too much you will sink into it and get stuck. If you do plan to go Off-Piste, check the small print of your snowboard travel insurance, some providers insist you be accompanied by a paid, professional guide.

Since skateboarding has its roots in surfing you will come across borrowed names in snowboarding, such as "backside" and "frontside" turns. Snowboarders also do "wheelies" and "grinds" (jumping onto things and sliding along them).

As skateboarding evolved, skateboarding-specific tricks arose and tended to be named after the people who invented them such as the "Ollie" (the basic jump in a straight line). This was named after Allen "Ollie" Gelfand. Snowboarding uses many of the same names for similar snowboarding tricks and "grabs" like the "Indie", where the boarder grabs the board between their feet. There is no ruling body for the naming of these tricks; the participants pride themselves on their independence and love of freedom, so it's just as valid to make up your own names. The names get passed on from person to person and the good ones stick. One of the favourites is the "Asspass", which is when someone overtakes you on the slope after having fallen over - although you may need to provide a layman's description of events should you be unfortunate enough to have to make a claim!

There are three basic types of snowboard:

The Freeride or All Mountain board, is the most popular type. It is usually fairly flexible, but stiff enough to make a fast turn in hard snow. You can enjoy "carving", (digging your edge into packed snow in order to turn) and "catching air" (leaving the ground).

The Freestyle board is chosen by beginners and "airdogs" (snowboarders who are most interested in aerial tricks). It is wider, shorter, more stable and easier to flex (therefore easier to turn) than a Freeride board. This is the only board which can be used for a "Fakie" (riding backwards).

The Alpine Carving board is longer and narrower. It is designed for higher speeds and cleaner carved turns. As with Freeride boards they are made to ride in one direction only.

Just as with regular skis, snowboards should be waxed to maximise performance. Waxing makes the board easier to control as it will glide better, increasing speed and ease of turning, meaning you will tire less quickly. It also prolongs the life of the snowboard. If you hire your equipment, waxing will probably be done for you. Check your travel insurance to make sure hire equipment is covered for loss or damage but don't leave it lying around. Companies expect that you will take reasonable care and may not pay out if they think you've been negligent.